My name is Cheyenne and I am 17 years old. I have been writing songs since I was about eleven but began my interest in music much earlier. People thought it was cute of me to have such lofty goals and it was just a "stage that I'll grow out of" (get it? stage). I simply don't like to talk about my future plans and goals at this point in time  because people are quick to assume I'd just be one of those hundreds of people who try to be famous and never succeed. I'd rather just prove them wrong before they have a chance to doubt me. Doubters don't bother me that much but they are just annoying. It's not me that is at fault here, they just don't have the courage to believe in themselves which on an emotional level, is worthy of writing a song about.

I've generally always had a child-like imagination of what is possible and I get motivated when others doubt me or give me a reason to quit. I am not a quitter and this idea of persevere in challenges of goal setting is what brought to my motto. Originally, I called it, "Never Give Up", but recently I added a second line that says, "on yourself, your life, or your future". I did that mainly because there are plenty of unhealthy things to never give up on and I want to be completely clear and positive.

When my songwriting journey first began, I aspired to be like certain accomplished artists and I wrote songs about made up boyfriends and horses, and being a "country girl". None of it really made sense and it's funny to think of now. By the time I started to really find my own voice, I began writing about my relationship with God and more sentimental songs that are empowering and motivational. I realized how much I have such a passion for inspiring others and using my own experiences for the greater good. I do not like writing songs that are simply just complaining or only upsetting because there's always more to the story and even if I have a hard day, it doesn't mean it will be that way forever. Even if I write a song about difficult parts of life, there is always hope wrapped in it somewhere.

As I continue in this journey, I will walk alongside the Lord because without Him, I am weak. No one is perfect but my goal is to do the best I can to serve God and do what He has called me to do with my life. 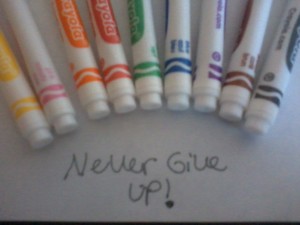